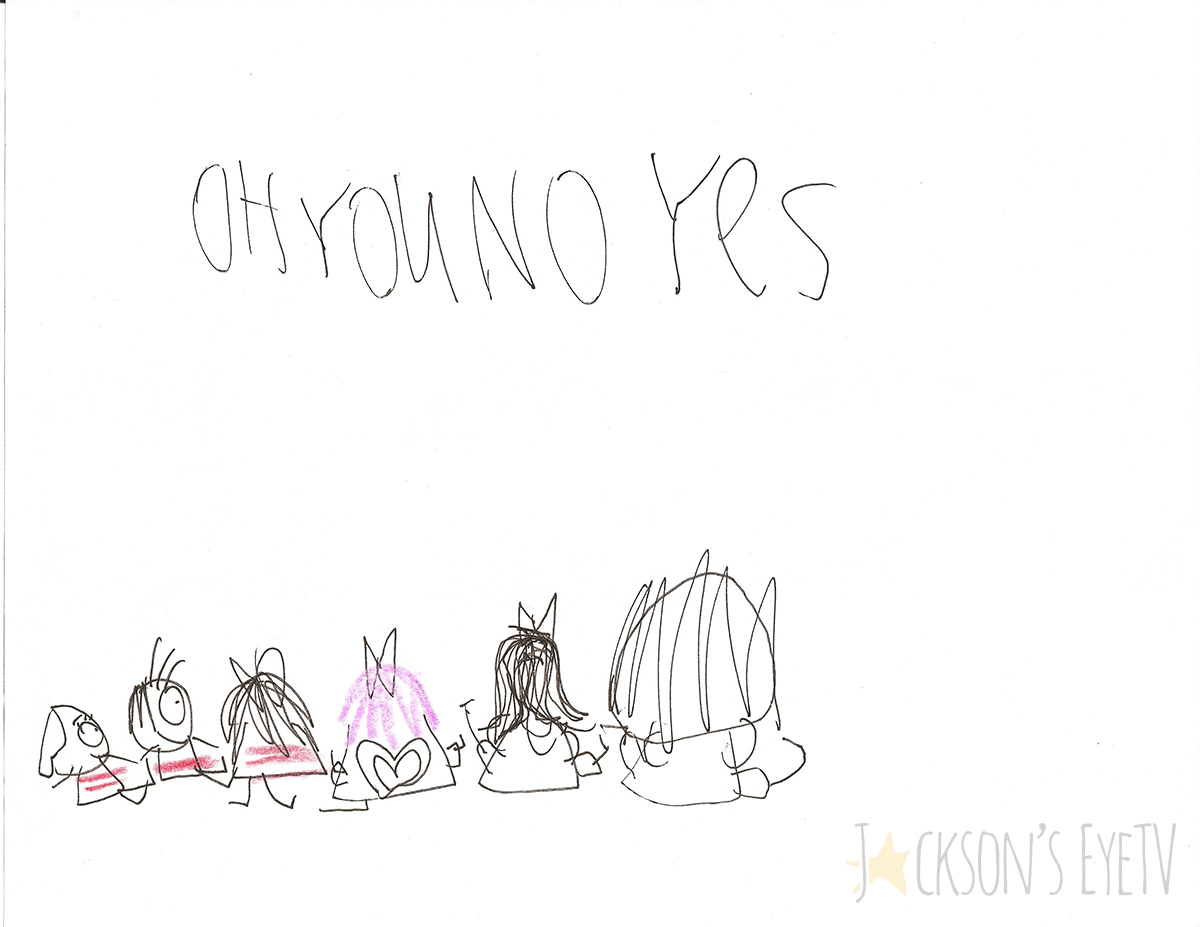 Jackson was most creative and prolific during this time in his art. This was during the time where his mind was full of creativity and he was responding more and more to his outside reality through art. He describes this time to me, “I couldn’t speak, but I could DRAW!!”

This was a time where his drawing focused on the social world, even though he personally did not have the capacity to be a part of the world socially. He was not yet using social skills but he was drawing people being social. So, again, looking at Jackson’s art is like watching someone teaching themselves how to interact with the world. In the pictures, children are seen playing and dancing and being happy. Jackson was and is a very happy child.

He also had mastered writing down basic phrases that he heard often—Oh, You, No, Yes. Many of the words and pictures relate to joy, happiness, Christmas, and birthday parties.

Jackson during this time was relentlessly upbeat, and the children in his drawings are too. 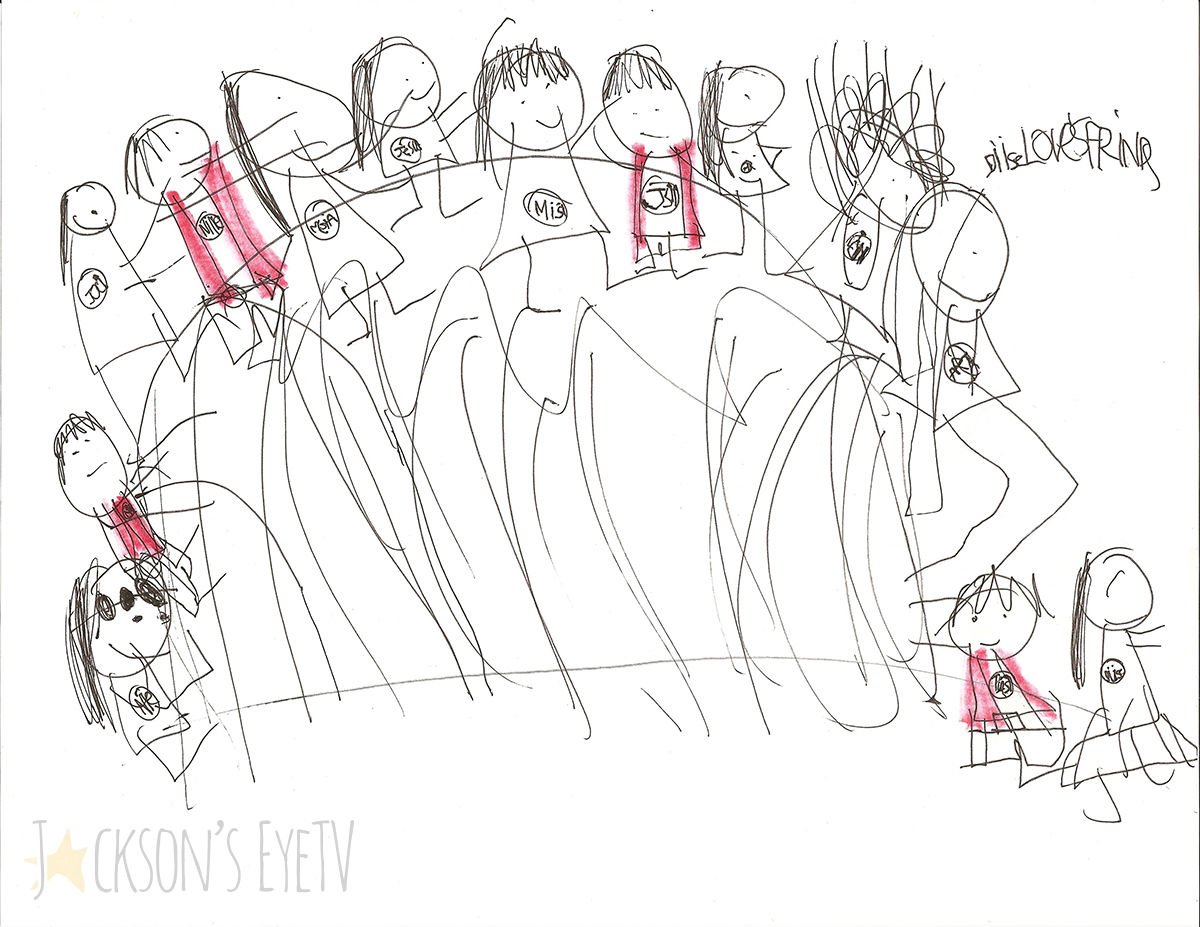 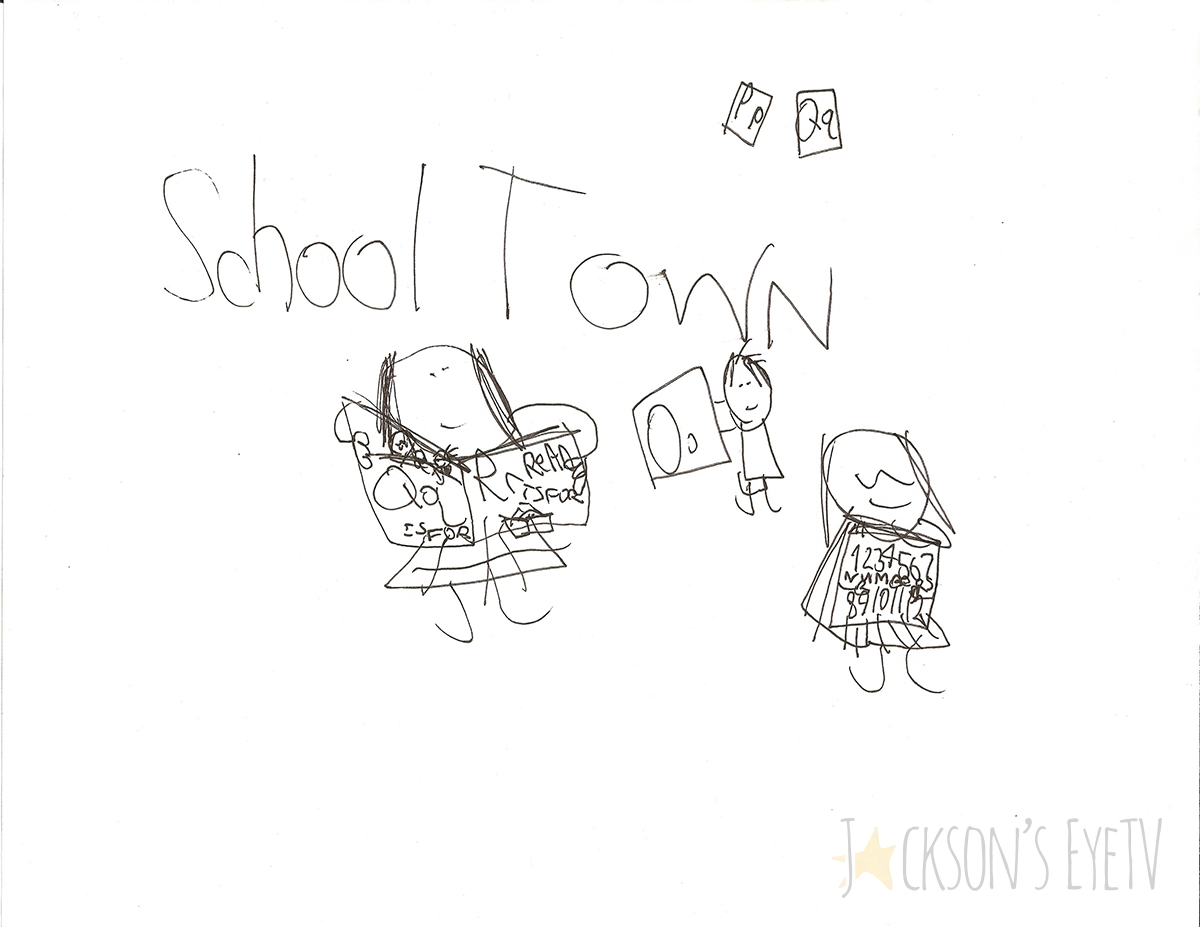