Jackson composed his first song at age 3. He describes that he can “see” music and I believe him. He would get very upset and tantrum when he was younger if anyone spoke while he was listening to music because he is seeing it and if you talk to him while he’s listening, the images disappear.

He wrote musical notes both within his art and on sheet music from ages 3-6. Here is one of his earliest compositions. I think from around age 3 or 4. 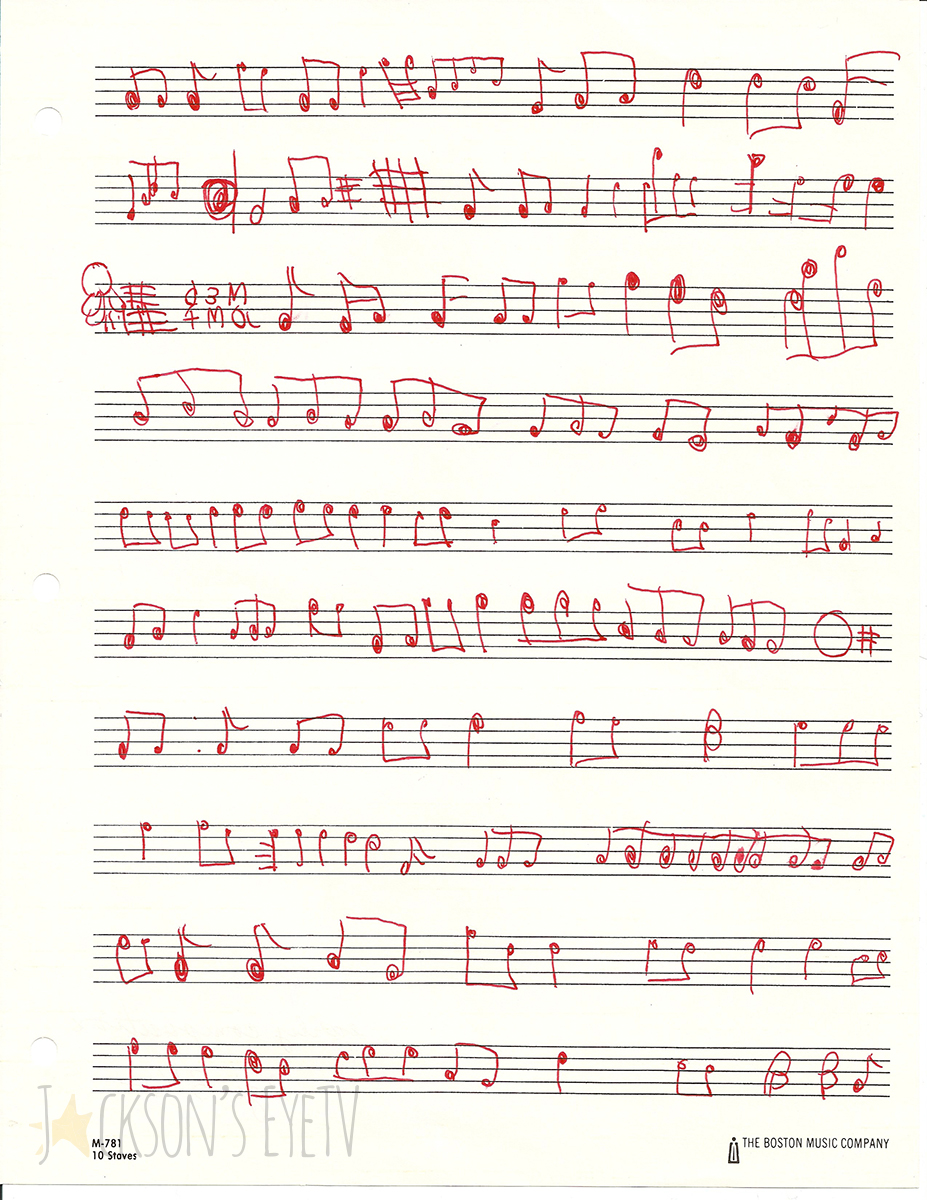 When he got older, he also joined a songwriting club at school and wrote this song at age 12. Here is the first verse of a three verse song. I guess he learned about musical composition at his class. He has no formal training.

“If I Conquer My Nightmares in the Zion”

(A) A little feeling may float

across my wealthy heart

I count the shapes on the

rings on a tree trunk. The last

I still am thankful for the

wanting to drink the academic

waters. If I conquer my nightmares in the Zion. I’ll

know the most immatated [sic]

heart in all of the universe. 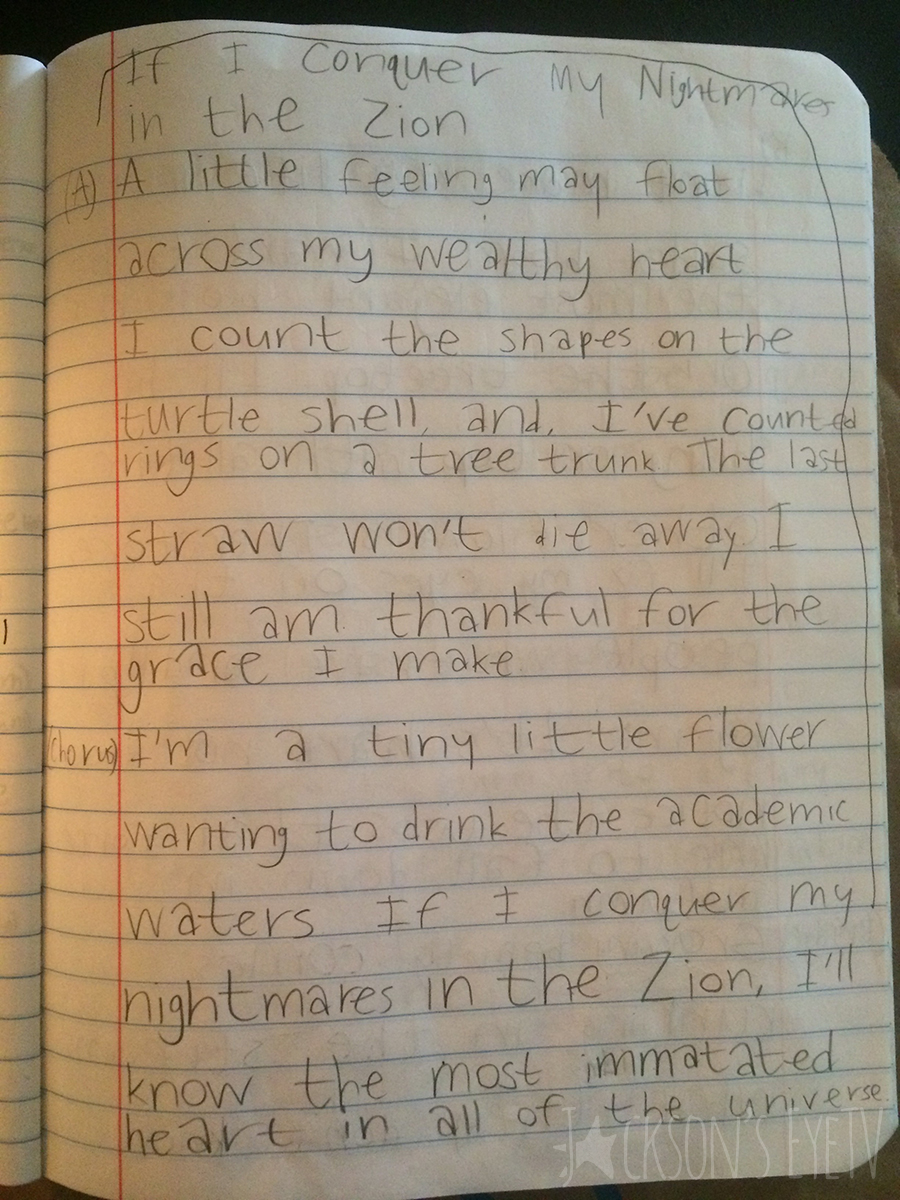