Jackson writes books constantly. He can write sentences with much more complexity than he can speak. He spends a great deal of time writing books and will work on his books for years and then hand them to me (him mom) fully completed with illustrations and say, “Please get this published.” At some point, our website will self-publish and sell his books too. Again, this website is all about making Jackson’s dreams a reality. He would like to be a published author, so we will set that as our next goal. 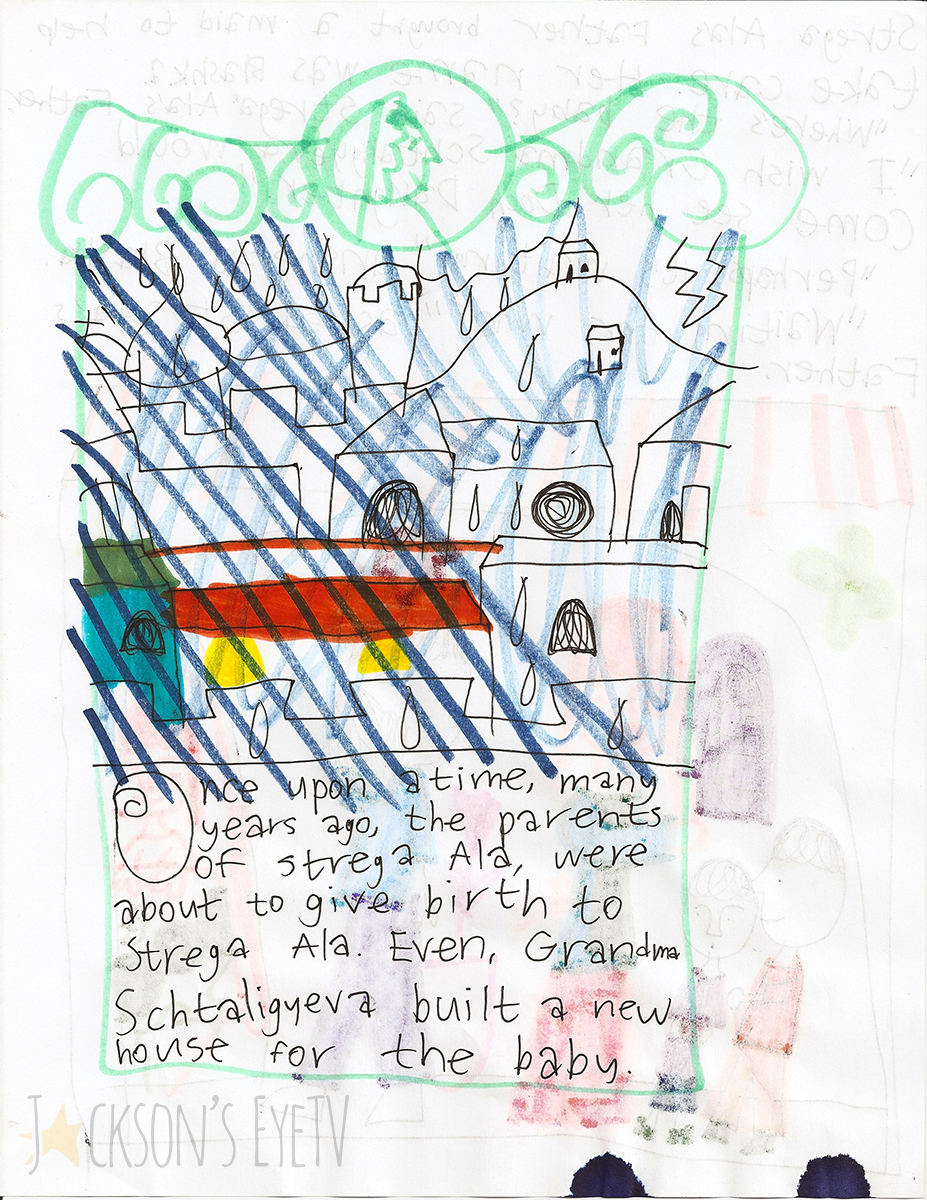 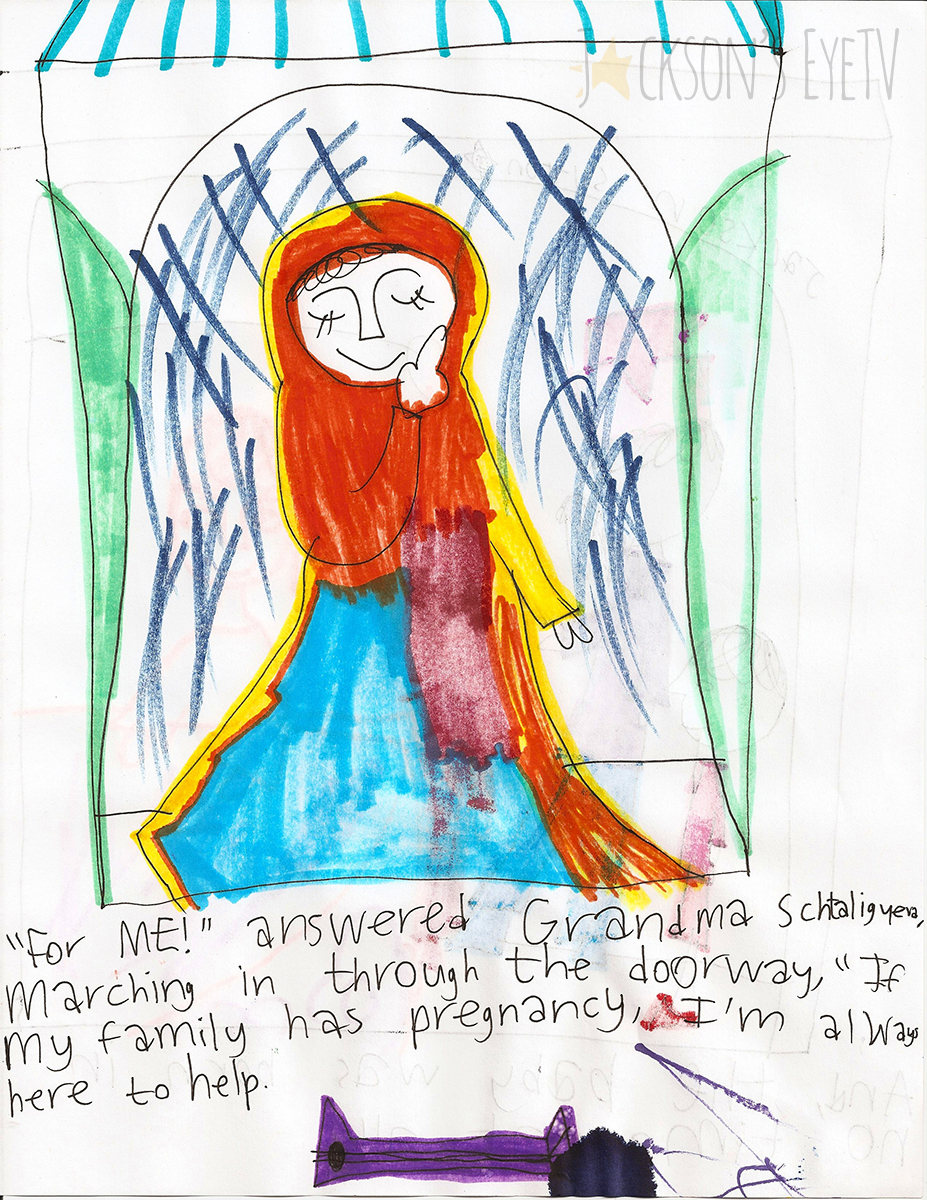 A page layout from his book, “Strega Ala”

Jackson also spends time writing songs and poems. I’m struck by how someone without the ability to speak fluidly can write so beautifully. Jackson writes lyrical poems full of empathy and concern for others–skills not typically associated with someone who has autism. He is particularly drawn to issues of social justice (or injustice). Here is one of his poems about slavery he wrote for school:

“I’m a man whose from

Benin, a land of joy and

I’m a man from

chief of my Fon tribe.

a battle between the

foreign whites, all of…

…a sudden, we surrendered

to a new Haiti.

I’m now a man that

is now a slave that works,