I’m not sure how Jackson discovered Anime, but it’s one of the main loves of his life. He’s particularly obsessed with the animation studio of Fujiko F. Fujio, who created characters like Doraemon and Kiteretsu. Since the studio ceased production upon the dissolution of the creative team’s partnership and one partner passed away, Jackson has spent years drawing and illustrating his own anime/manga series for the studios. Of course, no one from the Fujio studios knows he is doing this, but he said, “If Fujiko is dead, then I will continue on for him.”

During 3rd and 4th grades, at the height of this obsession, going to school was something he had to do. He went, paid little attention, worked hard to earn his “free draw” time and worked round the clock, never taking a weekend off on creating these series. He said, “I am so busy with my job!” I should send some of these to the studios. I have been looking for someone to help me animate these drawings, so if you’re interested or know someone, let me know in the comments section of a blog. We have at least 20 different episodes. I threw away so many of them without scanning them, and I regret that, but Jackson is so prolific!

He takes his “work” very seriously and has an office in our house that he created a “company” for—Sky Studios. There is an affiliate company in Asia as well, whose name I cannot recall. For all of his projects, he makes up elaborate infrastructures (companies, employees, names, logos) to support all of his imaginings. 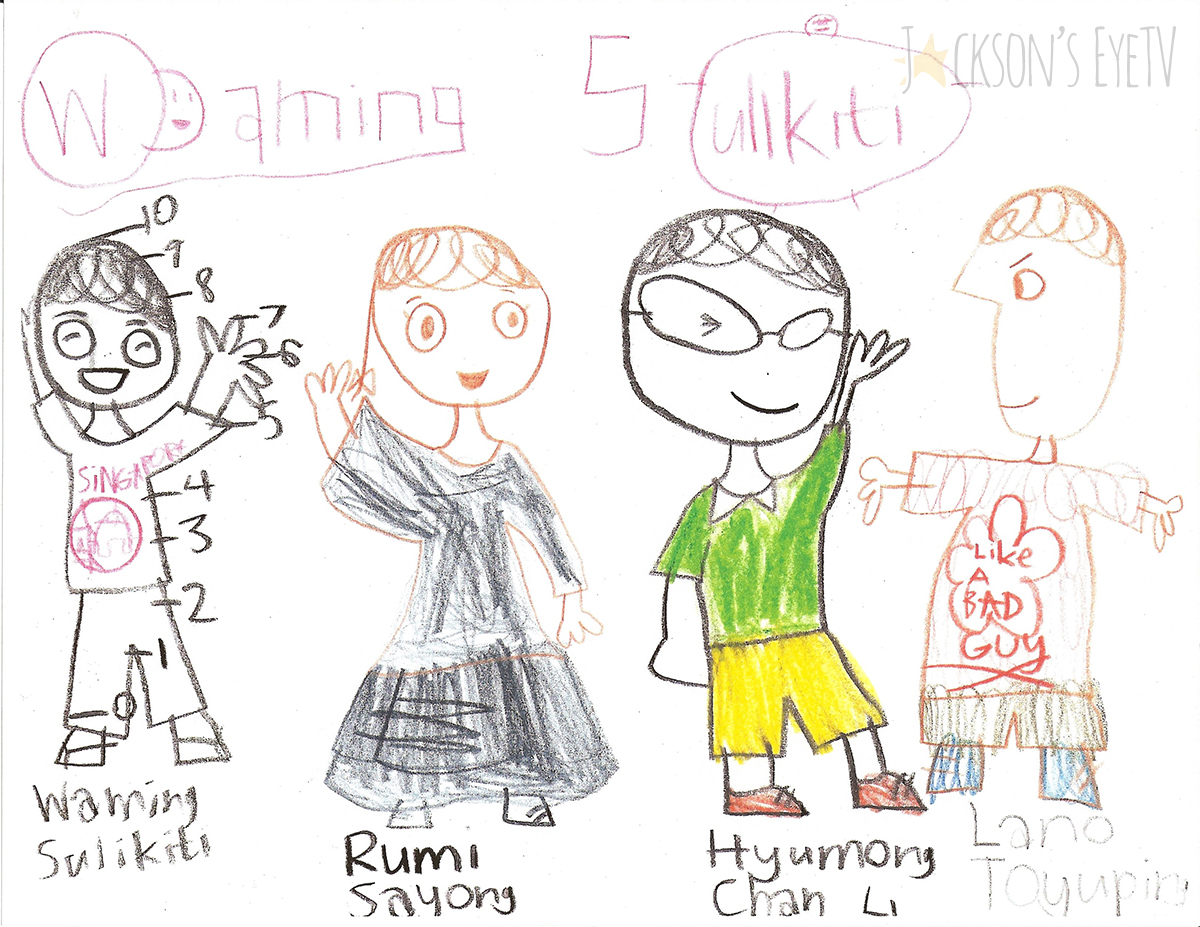