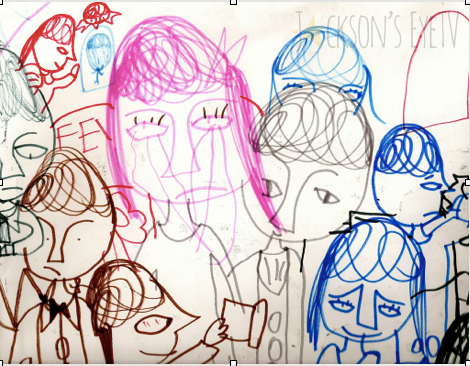 One of Jackson’s favorite activities on his iPad is the “Art Authority” app which has a digital copy of the world’s great works from prehistoric times to present. He’s been working his way through the Renaissance and knows that famous artists’ works appear in museums.

For two years now, ever since he realized that famous artists’ work appeared in museums, he has been drawing pictures specifically for his “show,” labeling and pulling works aside from his many other piles of drawings in his home office. (Yes, Jackson has a paper-strewn office with hundreds of concurrently running projects—art, songwriting, poetry, TV stations with their own programming, language creation, linguistic notes, and who knows what else.)

He first asked me to arrange for this show to be held at the Metropolitan Museum of Art in New York. Then, he wanted the Blanton. I somehow convinced him that a restaurant would work and so I rented space, framed all of his art with the help of friends and invited people to attend. It was a huge success, more than 80 people came that rainy night in 2013 to see Jackson’s art show. This website is an outgrowth of that art show because so many people were inspired and excited to see the inner workings of an autistic artistic mind! As Jackson says, “I like having autism, it makes me a great artist.”

Among the museums that Jackson thinks these works will be a part of are the Uffizi Gallery in Florence, The Metropolitan Museum of Art in New York, the Blanton, and the San Antonio Museum of Art. He has great plans for his art appearing all over the world. And who knows, maybe he is right? 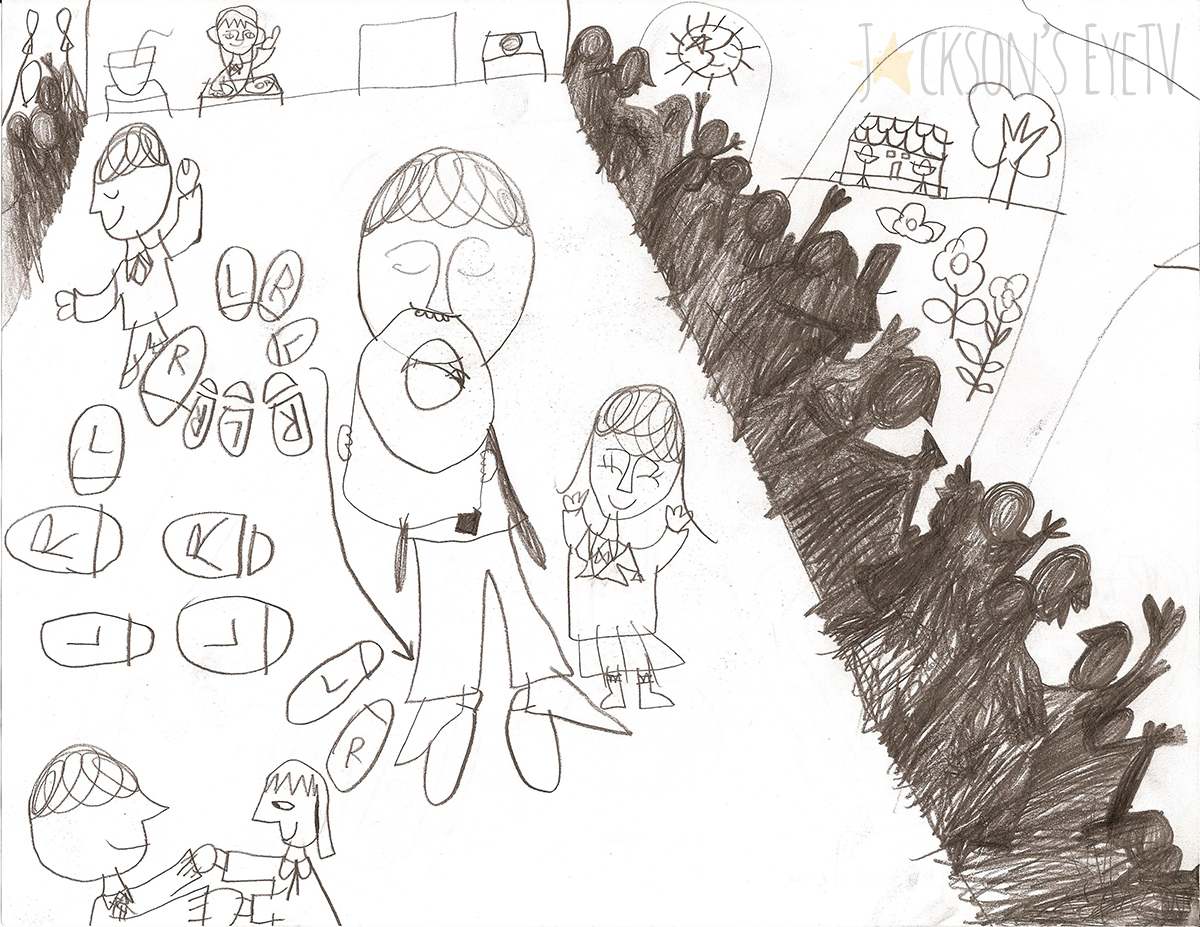