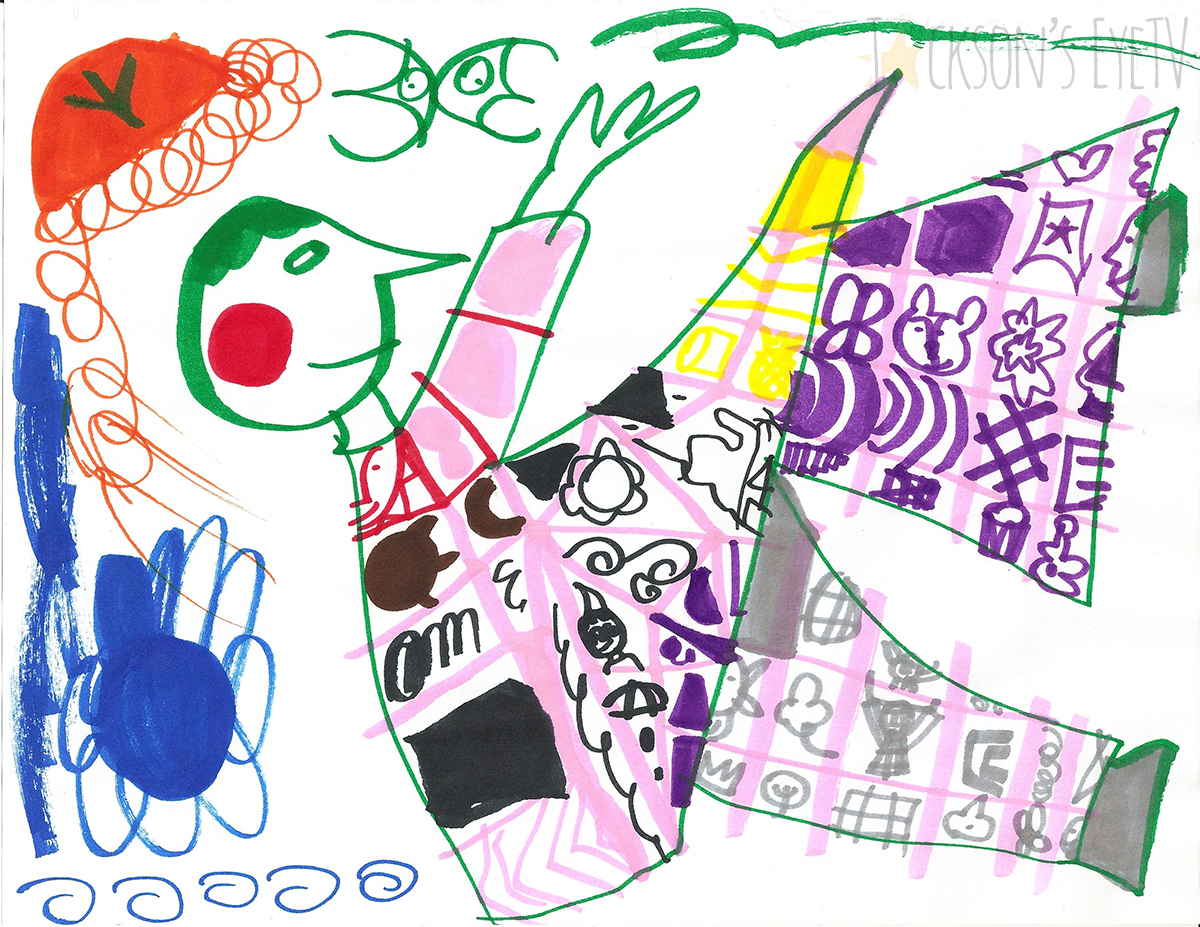 As Jackson was able to speak more, and self-identify himself as an artist, he also created his own personal style of drawing that he calls, “Mexican Modern.” He says that he created this form because, “I’ve been deeply inspired by Latin American art.”

Here you see a few drawings that Jackson feels best represents his “Mexican Modern” style. He developed this style and named it after becoming obsessed with Mayan hieroglyphics for a school project. He memorized Mayan hieroglyphics and can read and write a few symbols in that ancient language. He checked out books from the library and spent hours studying the stone temple carvings. He really liked the carvings, with their flat faces and noses and incorporated this “flat” look into all of his recent works (work from age 9 on). He was pretty obsessed with all things Mayan for about six months and then moved on to other languages. However, the style he developed from his Mayan phase continues today. One of his dreams is to see Mayan temples in reality instead of dreaming of them. One day… 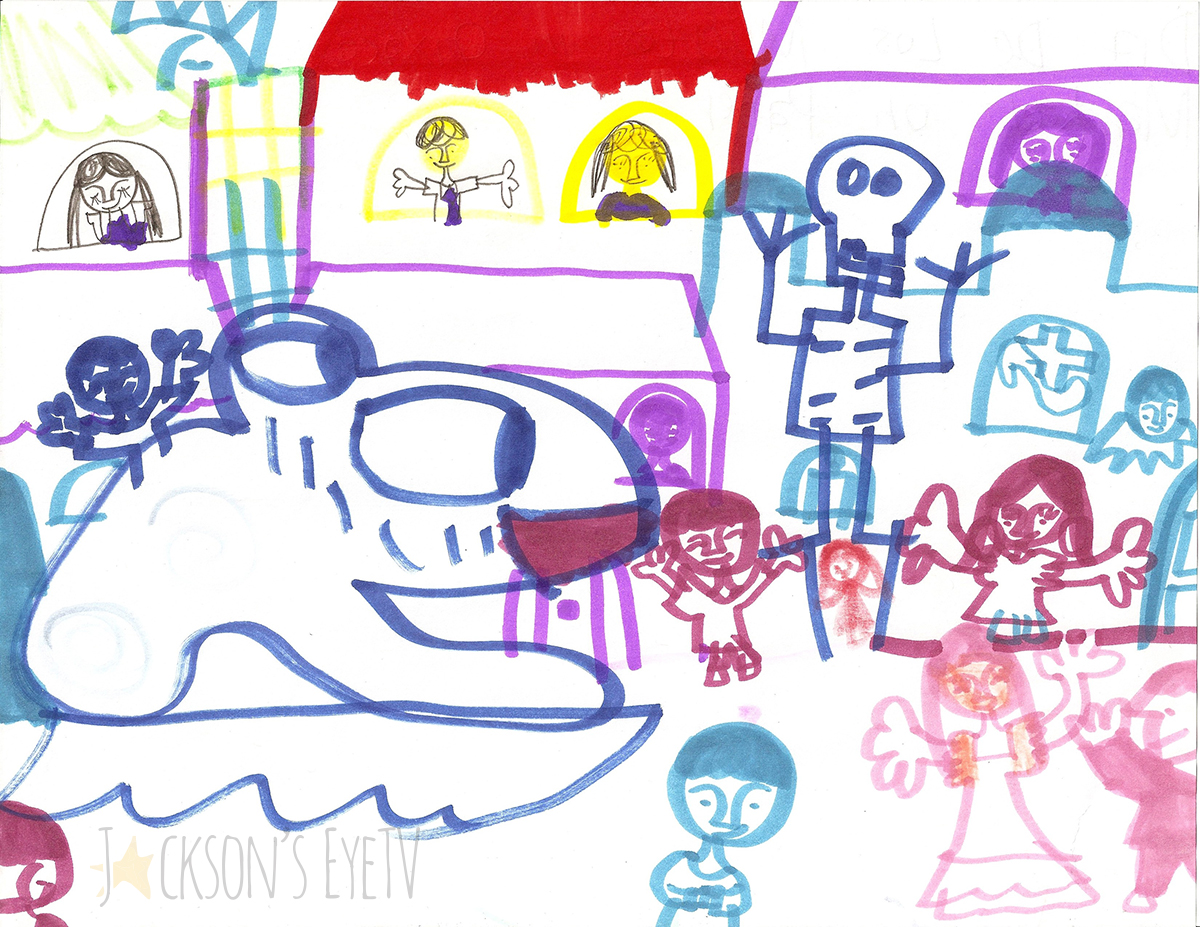 “Oaxacan Day of the Dead” 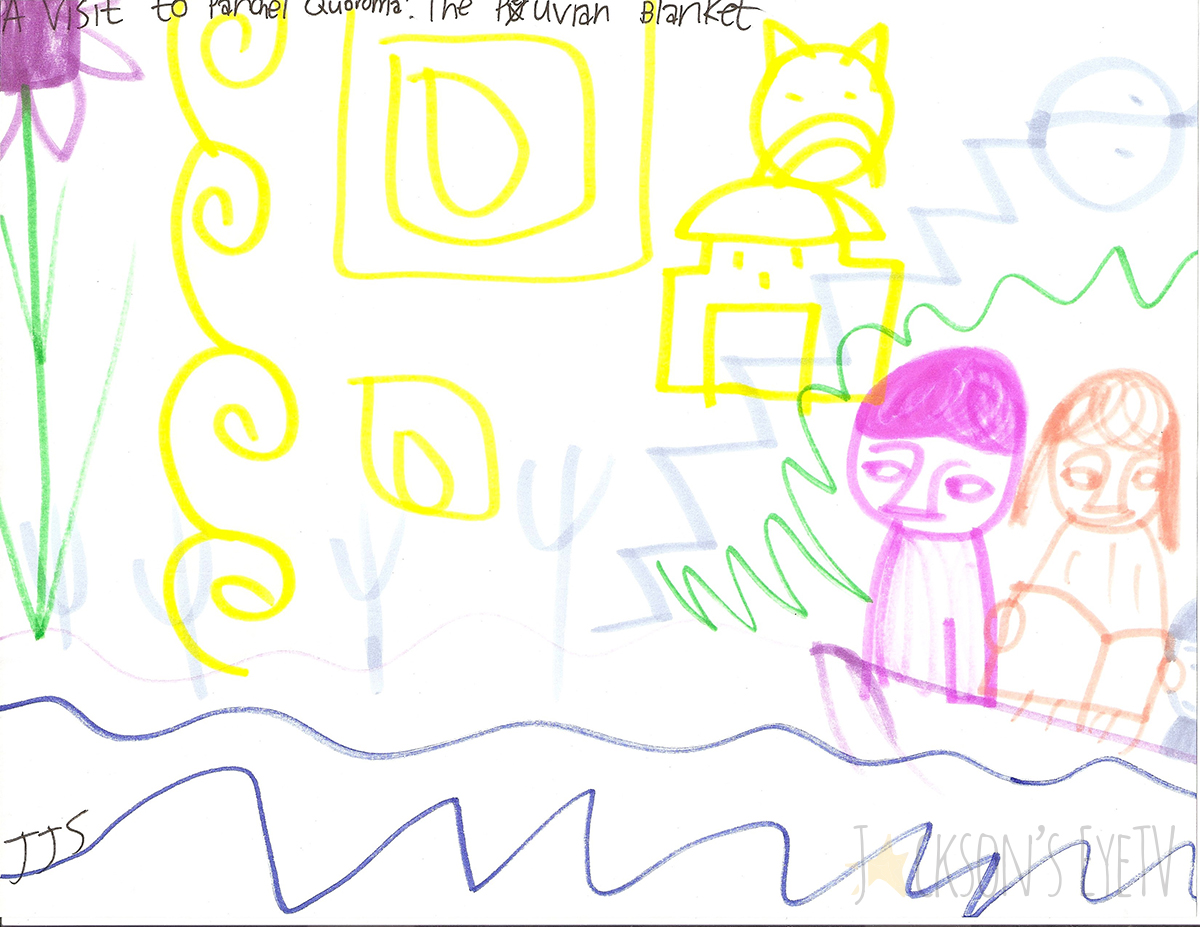