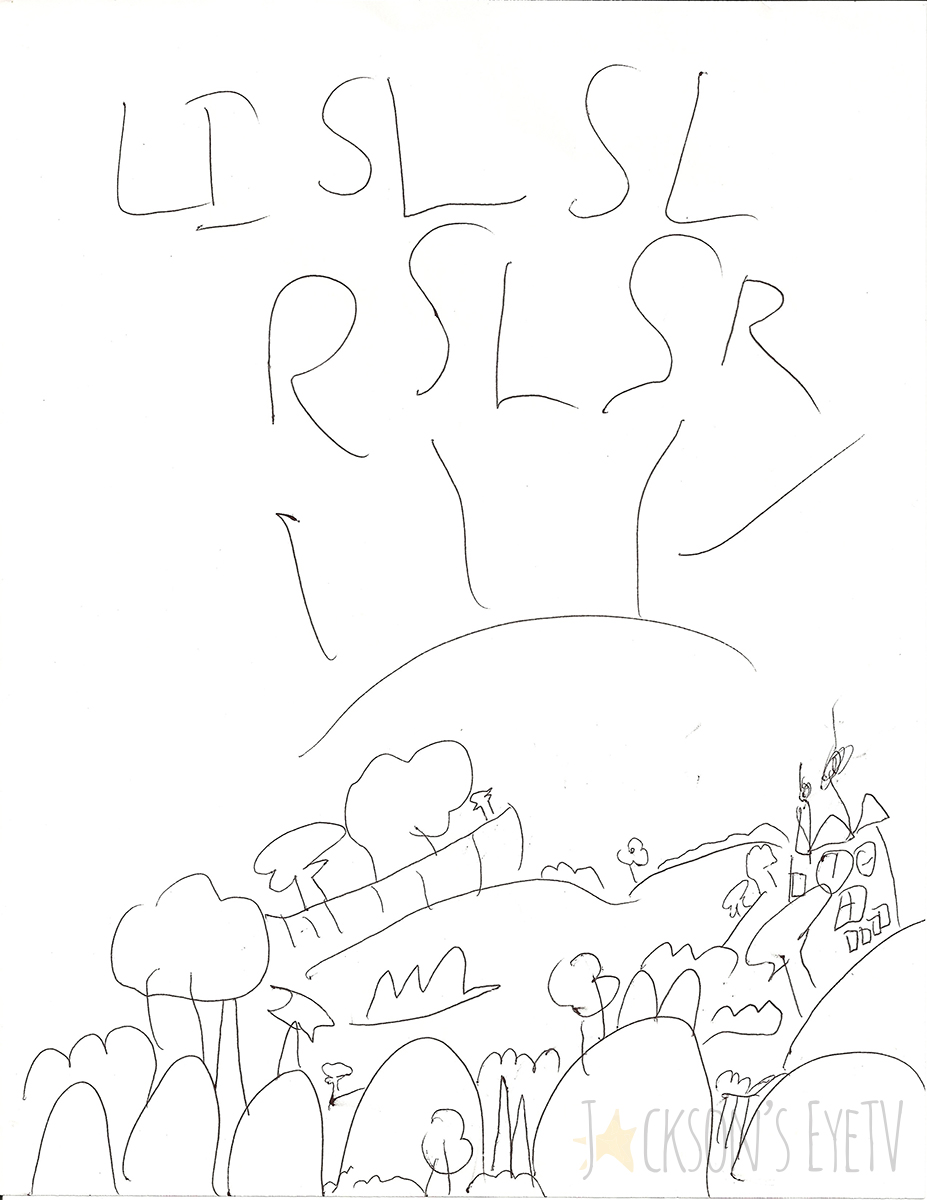 This stage is probably Jackson’s most astonishing artistic phase given what his peer group could do and what he could do. His preschool teachers would gape in astonishment at what he could produce next to the age-appropriate scribbles of his classmates.

At this time, you can see that he has moved from lines and shapes into representational art. For us, we were very confused what was “going on” with Jackson and saw many specialists. He was withdrawn socially and would spend up to 18 hours a day drawing at this time, including long stints from 2-5 a.m. Jackson was also hyperlexic, which means, he could read and write at a preternaturally young age, yet could not communicate verbally.

In his art, you can see that Jackson was working on decoding language and would spend hours writing letters and patterns and numbers in an attempt to make sense of all of the symbols around him. Looking at Jackson’s art from this time, it’s an interesting study in how someone who has a speech disorder tries to make sense of speech and words.

By age 4, he could draw in perspective and used foreshortening techniques yet could only speak in one word commands, primarily, saying “juice” or “no”. It was a confusing time to be his parent, but a fascinating time to watch his art bloom. 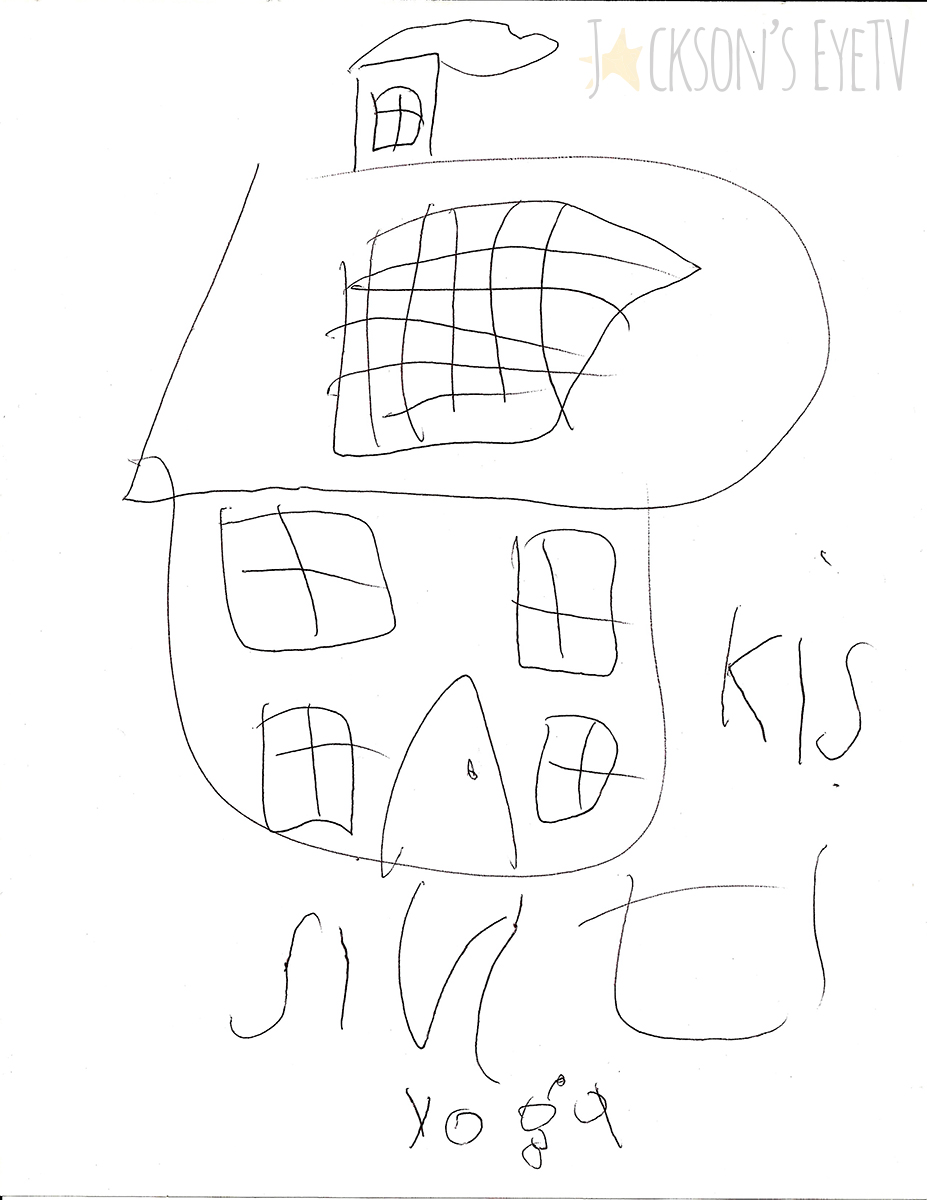 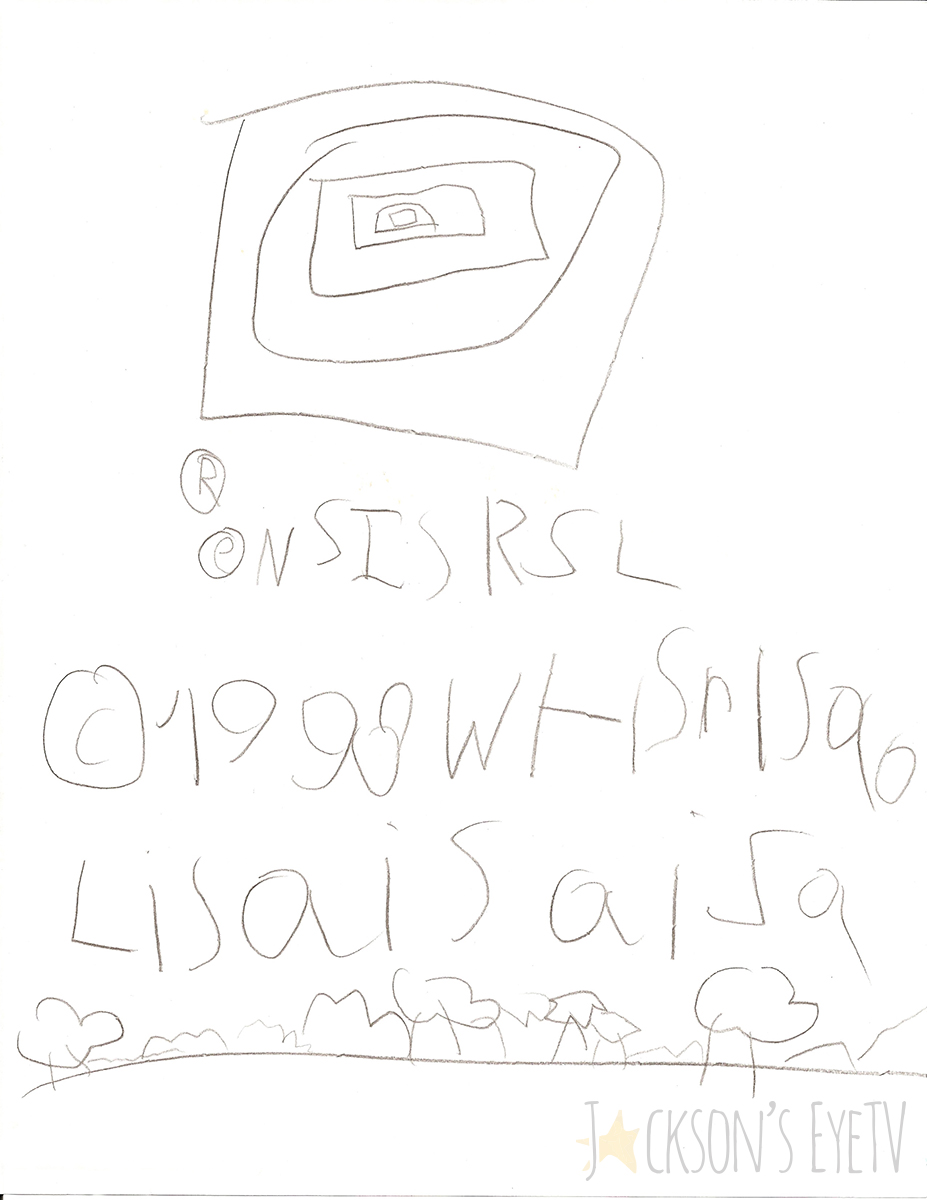